MarufCommunity Team
Customer Success Manager
Posted 12 days ago
In an effort to influence, you can affect too many people and end up having no impact on anyone.

In a nutshell, if two groups are almost the same, but there is a subtle difference in their thinking, one group may reject you, and you won't influence them.

Statistics have found that many methods are used to try and influence a large group of people, but most of them are very unsuccessful.

Some examples include letters sent to newspapers or even an article posted on internet forums. If you want to be heard, you have got to make yourself stand out from the crowd.

How can you be sure that you're actually reaching out to people? 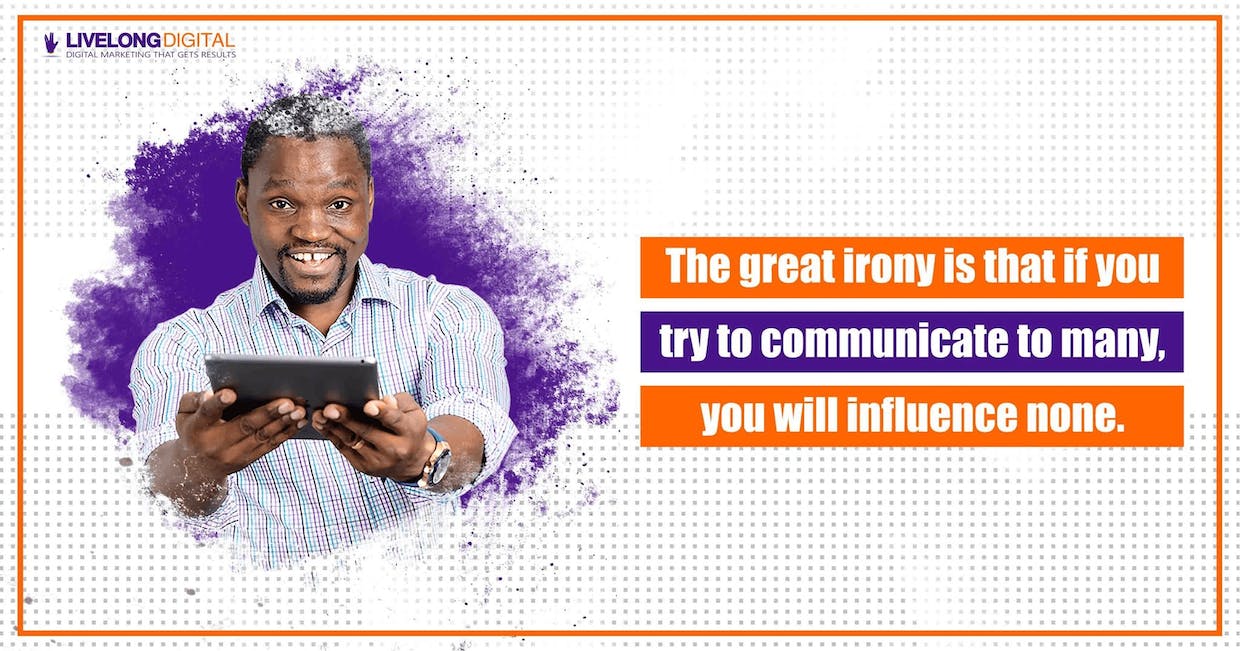